The concept of cloning has been a long standing theme in science fiction, but these days it is a reality.  While much progress has been made, our ability to clone animals is still very much an evolving practice.  Over the years, scientists have cloned many animals with varying degrees of success.  You may remember Dolly the sheep.  She is famous not because she was the first to be cloned – far from it.  Dolly is famous for the way she was cloned.  From cloning sheep to dogs, and now the possibility of Woolly Mammoths, where will cloning take us next?

While cloning is something that we might generally associate with science fiction, perhaps most famously, Jurassic Park, humans began the process of learning to clone back in 1885.  Back then, a scientist named Hans Driesch experimented with Sea urchins.  He separated their cells and showed that each cell could grow and become a sea urchin.  Since then, there have been many extraordinary advancements made in cloning technology. 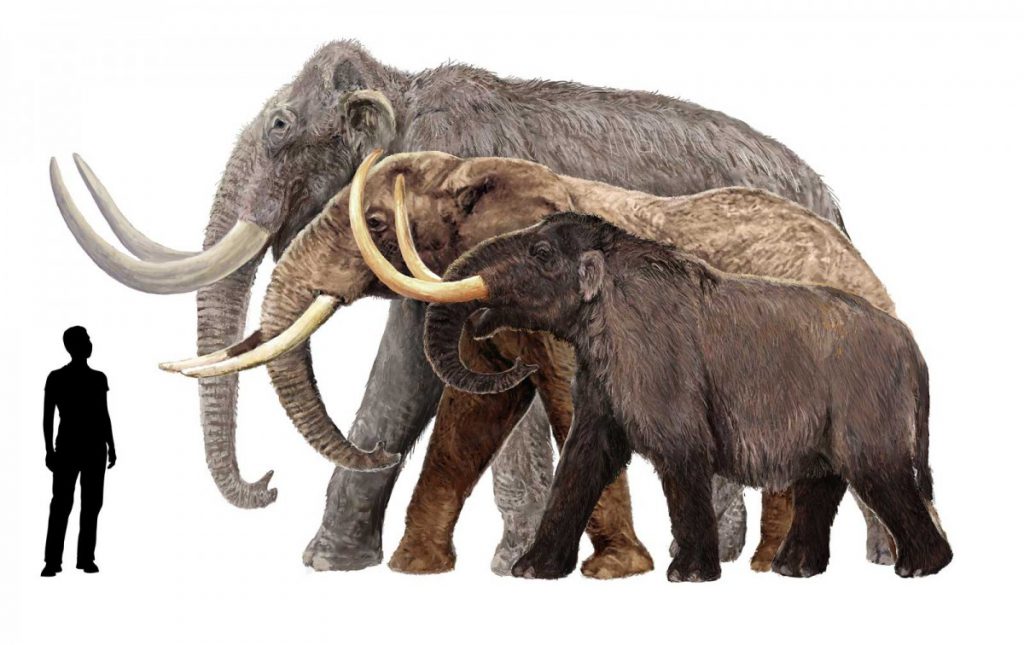 Where are we today?

If you have $100,000 and the inclination to do so, you can have your dog cloned.  The South Korean Biotech firm called Sooam has been cloning dogs for years now, using the same cloning techniques used to produce Dolly the sheep.  But Sooam hasn’t stopped at just cloning pets.  They are also partnered with Russian scientists working in Siberia in order to clone and bring the Woolly Mammoth back from extinction.  There is also a team of Harvard scientists working on cloning a mammoth, led by geneticist, George Church.  Their project is called the Woolly Mammoth Revival . 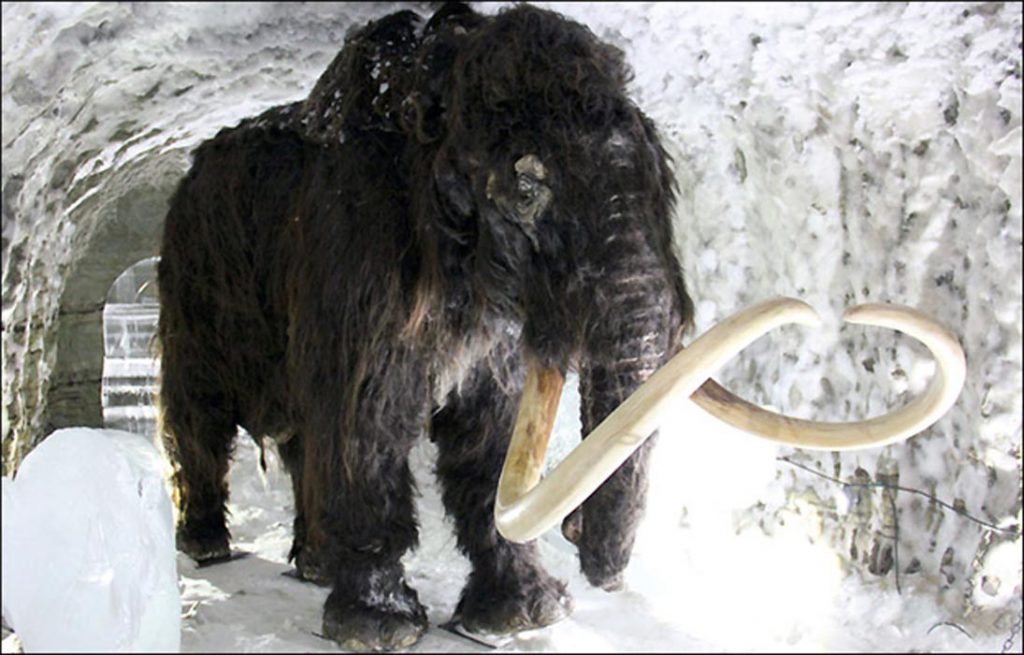 Different Ways to Clone a Mammoth

There are major differences between these two projects, especially in how each project plans to clone a mammoth.  The project led by Sooam Biotech involves Siberian expeditions with the purpose of finding usable mammoth genetic material, frozen in the tundra.  The process by which they would clone their first mammoth is called somatic cell nuclear transfer.  This technique involves taking the nucleus of a somatic cell and transferring it into an egg cell that has had its nucleus removed.  Then the egg is shocked.  This stimulation will cause the egg to begin dividing, and eventually an embryo will be formed.  This is the same process that Sooam has used to clone dogs, coyotes, and various other animals.  A problem that arises with de-extinction, especially in the case of the mammoth, where they’ve been extinct for thousands of years, is that cells decay after death and DNA decays with them.  Finding usable mammoth DNA would be an incredible feat.

The team being led by George Church is using a different technique to attempt to re-create the Woolly Mammoth.  Instead of creating a genetic clone of a single mammoth, they are altering Asian Elephant DNA with mammoth DNA in order to create a creature that shares mammoth and elephant characteristics.  They are calling it a mammophant.  The idea is to create an elephant mammoth hybrid, with smaller ears, longer hair for warmth, subcutaneous fat, and blood adapted for colder weather.    There are many issues that arise, both inconsideration to the viability of the projects, to the ethics of the projects.  It is likely that there will be need for a surrogate elephant to give birth to the mammoth.  It could take many tries before a living mammoth is born.  That means that there could be many failures along the way. 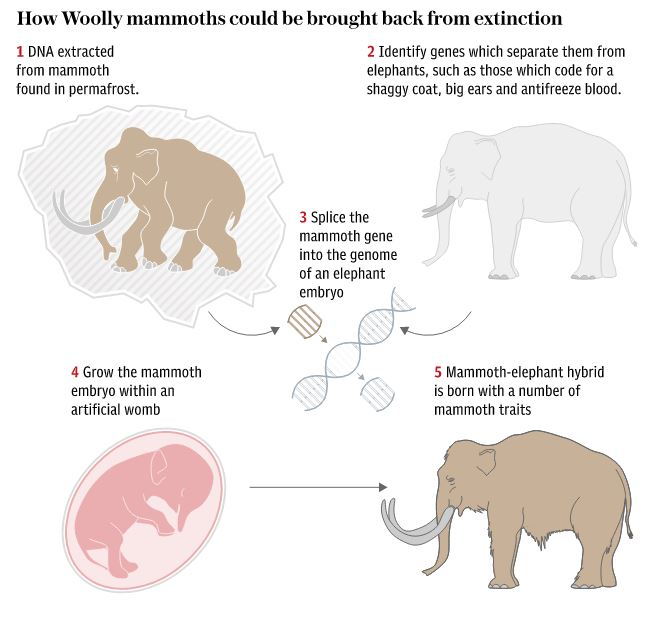 Elephants are very intelligent animals.  They show empathy, and they grieve for their dead.  It would be cruel to experiment on such an animal, knowing how they would be affected.  On top of that, the Asian elephant is listed as endangered, there is not an abundance of them to work with in the first place.

Why bring Woolly Mammoths back from extinction in the first place?  Mammoths are proving to be suitable candidates to bring back from the grave.  Mammoths are being found frozen in the Siberian tundra, in some cases with live tissue available for cloning.  While mammoths are being found frozen in Siberia, one has not yet been found that is suitable for cloning due to cell and DNA degradation.  The other reason to clone mammoths?  To save the planet from global warming, of course.

If you’re not sure what cloning mammoths have to do with global warming, don’t worry, we didn’t either.  According to the scientists working on this project, thousands of years ago, steppe ecosystems were prevalent across our planet.  Steppe ecosystems are characterized by grasslands in dry temperate climates.  Grass is perfect for grazing because it grows back so quickly.  Thousands of years ago in Siberia, there were many more grazing animals per square kilometer.  In heating periods, animal density rose, and in cooling periods, animal density was lowered.

During cooling periods, the soil of the steppe ecosystems became a massive carbon sink.  During warming periods, the carbon was released back into the atmosphere.  However, when mammoths, and the other large grazing animals were a major part of these ecosystems, they kept the soil intact through grazing, which kept the carbon in the ground.  The grassy plains also reflected a lot of the sun’s heat back into space.

Now, scientists are trying to clone mammoths to repopulate these areas so that they can graze once again, and keep thousands of billions of tons of carbon in the ground, and out of our atmosphere.  Where we were using cloning to bring back pets, we are now using it to attempt to prevent further global warming, and potentially save many species of animals and our ecosystems.

Too Good to be True?

Although this information is very exciting, some have argued that the concept of bringing mammoths back from extinction has been heavily sensationalized.

For South Korean Biotech company Sooam, they will need to find a viable sample from which to extract suitable DNA for cloning.  A feat which some say would be a miracle.  As for George Church, his claim that we may see cloned mammoths within 2 years is daring to say the least.  Church says that “45 mammoth-like edits of DNA have been spliced into the Asian elephant genome.”  Those 45 edits leave over 4000 to be done.  Hardly something we could expect to see in two years.  John Hawks, a paleoanthropologist, goes as far as to say that mammoth de-extinction has become fake news.  Over sensationalized and misrepresented.

Mankind’s collective ability to clone animals has made huge progress since it first began.  There is still much progress to be made, and many questions to be answered along the way.  What is the path of progression?  Is it possible that we will soon be able to clone humans?  The scientific community largely rejects the use of therapeutic cloning for reproductive purposes.  So what are the viable scientific uses for therapeutic cloning?  This cloning technique is suitable for producing tissue repair treatments.  Allowing people to repair and replace tissue with their own DNA.  Stem cell technology and therapeutic cloning are interesting enough topics that they deserve an article of their own, but if you’re looking for more information, there are great resources online, including the National Stem Cell Foundation of Australia.

What do you think about cloning mammoths to help prevent further global warming? 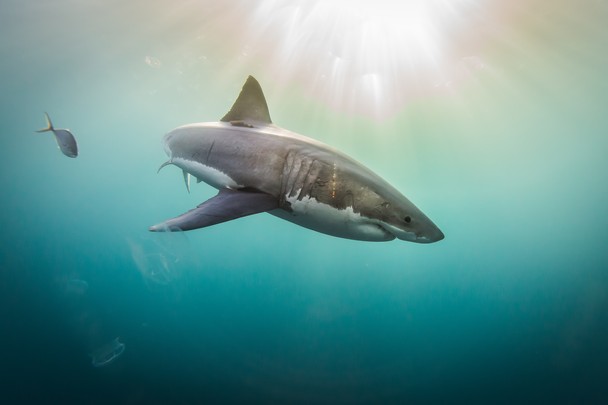 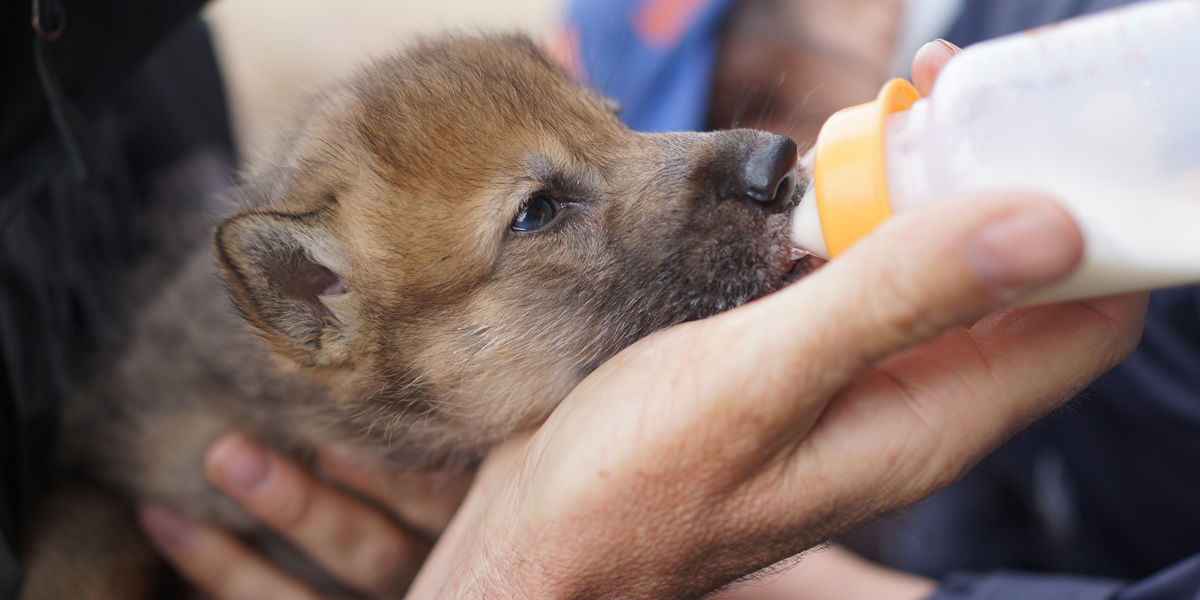 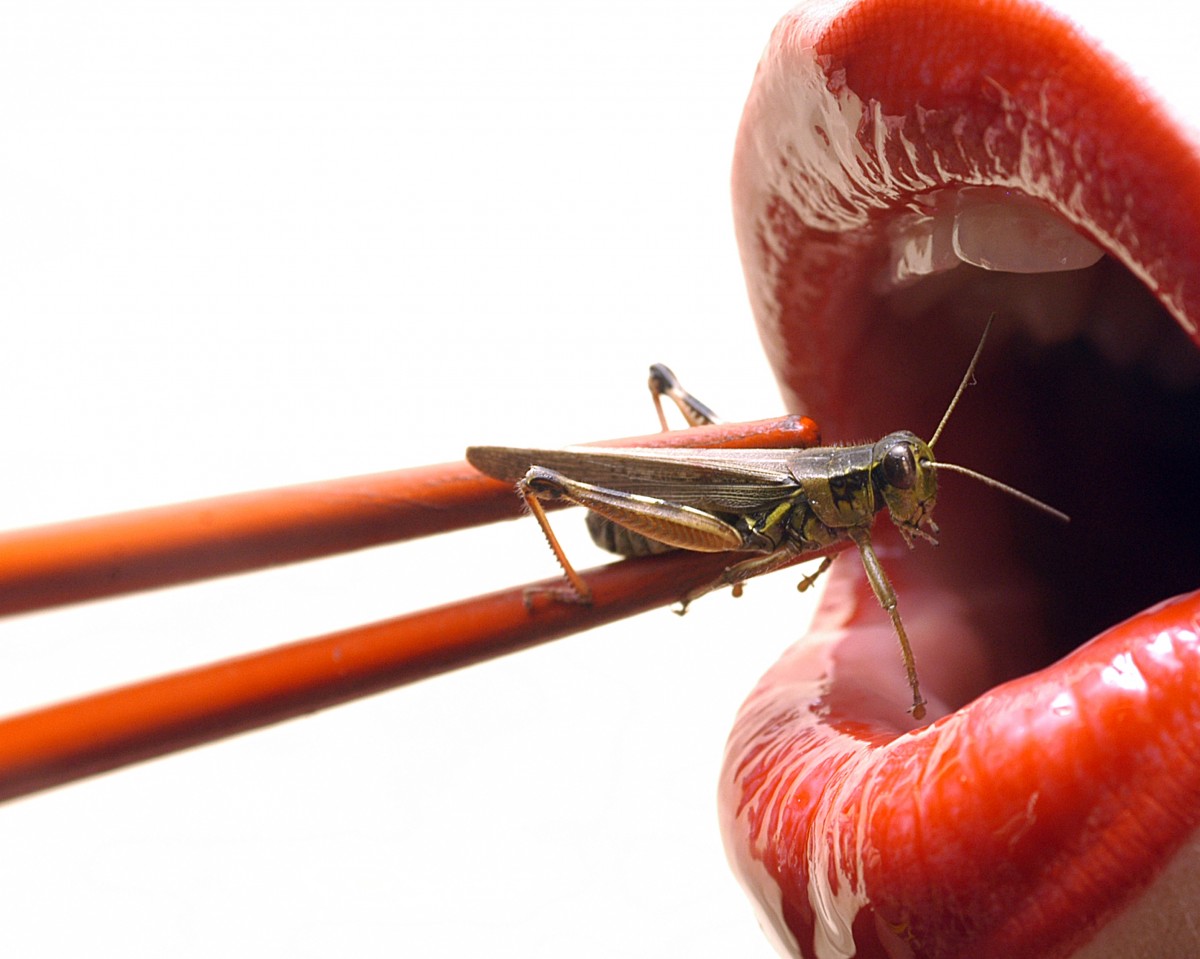